The architecture firm Gould Evans was chosen to design the library renovation.

Rather than build an addition on any one side of the building—and infringe on the neighboring community—or build up new floors—and overstress a foundation designed for a single story—they would wrap the expansion all around the existing structure. 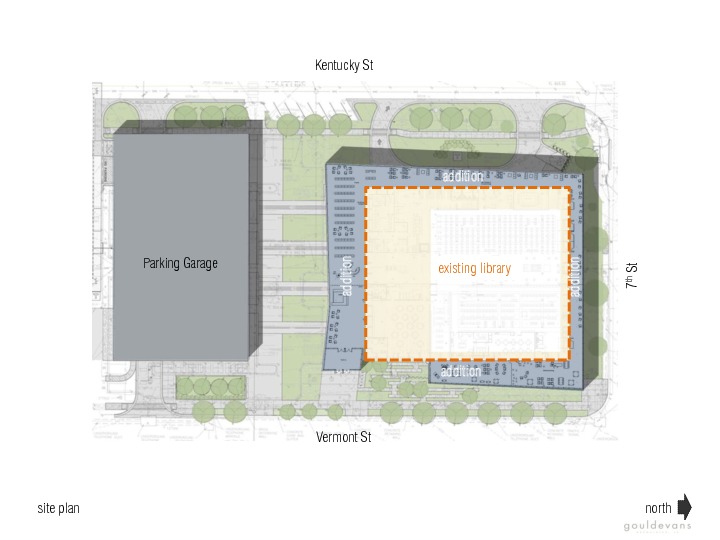 In 2012, the library got a new director, Brad Allen, a University of Kansas graduate who had been managing a branch library in Washington.  As he came in...

In designing new spaces for the renovated building, the library asked for community feedback on what they would most like to see in a new library.  Patrons flooded the library with responses, but three main concerns came through:

So the plans were finalized.  On February 3, 2013, patrons said goodbye to the old building in a ceremony put on by the Library Foundation.  The library moved about half of its collection to the site of the former Borders store on 7th and New Hampshire, and construction on the library building began. 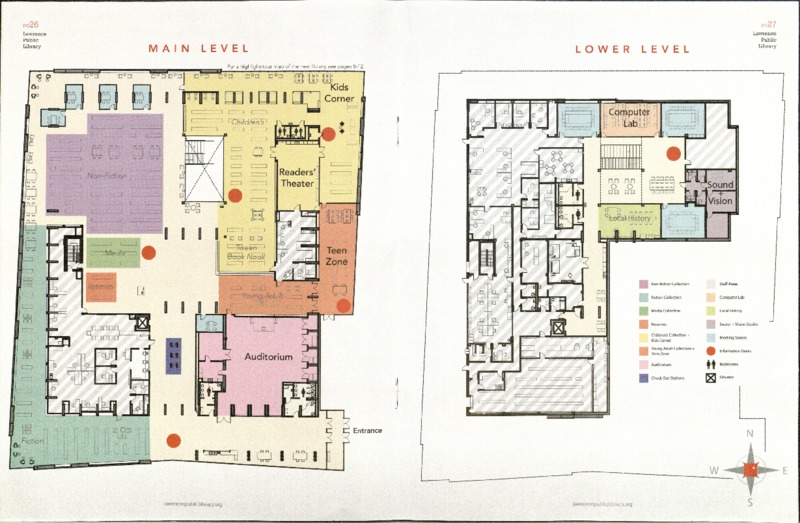 The renovation was finished July 2014

After 16 long months of waiting and cramped quarters, the library transitioned back to the building on 7th and Vermont, now wrapped in a sleek new façade of terra cotta and glass, neighbored by a gleaming new parking garage, and sprinkled throughout with new delights. 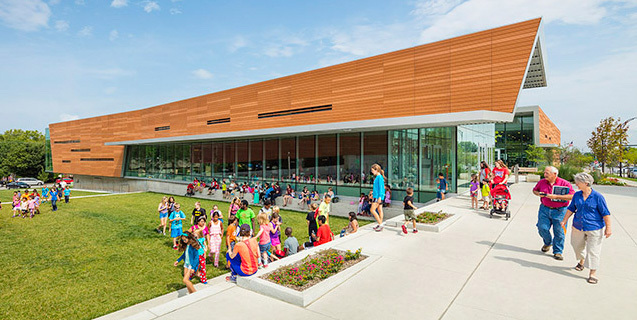 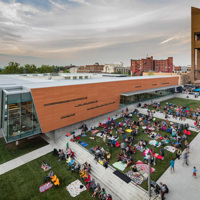 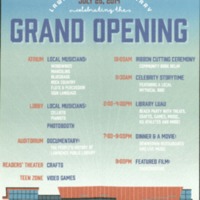 Our opening day was just beyond our imagination for how many people would come out to see our newly renovated library.  It was just—it was just amazing.

There was overwhelming enthusiasm for the changes and new features of the library, the open spaces, beautiful furnishings, new meeting and study spaces, whimsical children's corner, sound and vision studio.

It seemed the library had responded to the requests of the community and then decided to go farther. Could we expect any less of this place, knowing its history? 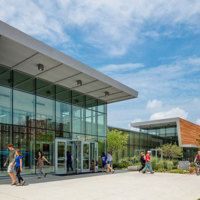 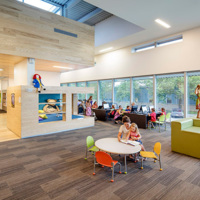 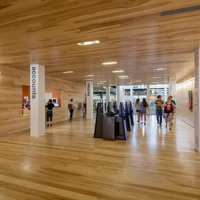 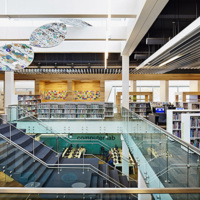 In 2015, the tireless work of renovation yielded another reward, when the Lawrence Public Library was named a landmark library by the Library Journal, one of 11 libraries throughout the country who set the standard for library service in 2015.