While the library of the late 19th century was a flourishing and popular enterprise, it did not become a professionally managed and cataloged organization up to the standards of library science until Nellie Griswold Beatty came along.  The Lawrence Public Library may have been originally founded by the delightful J.S. Boughton, but it was Nellie Beatty who turned it into the educational institution we know and love today. 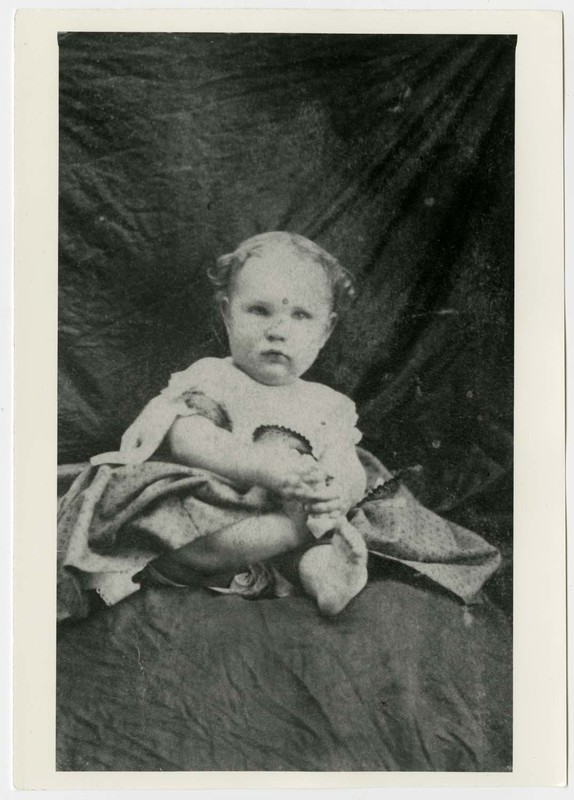 On February 16, 1862.  Her parents we already know well: The unfortunate Dr. Jerome Griswold and Helen M. Griswold.  Nellie was only one year old at the time of the horrific events at Griswold house that left her an orphan, but she would remember her father forever, naming her own son after him.

She attended the University of Kansas and on June 18, 1885 married Herbert Beatty.  Together they had one son, Jerome Griswold Beatty, who would go on to become a writer.

It is unclear what exactly separated Nellie from her husband, but by 1903 he had moved away from Lawrence and Nellie was living with her son in the home of Geo. A. Banks, where she grew up.  It was around this time that...

where her mother had worked 30 years ago.  As the library prepared to move to its new building, its librarian went back to school to study library science, the first Lawrence librarian to do so.  There Nellie was educated in the Dewey Decimal System, and by the time the library moved into the Carnegie building, she had recatalogued the collection to meet modern library practices. 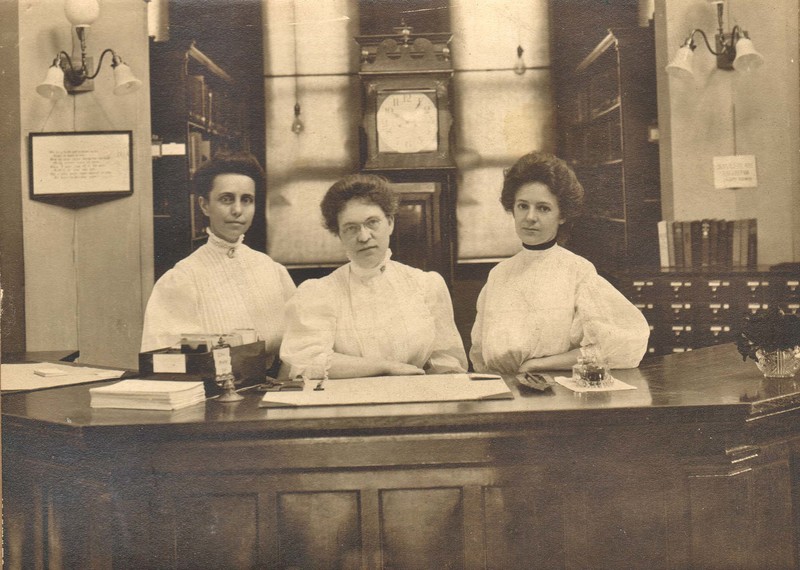 Nellie Griswold Beatty (center) and assistants in the Carnegie Library

Throughout the rest of her impressive tenure as a Lawrence librarian, Nellie continued to bring new innovations and conveniences to the library. A short biography on her says of her work at the library,

This Mrs. Beatty regards as her life's work, and she herself takes more pride in the high status that the library has attained than in any other achievment of her life, except in being the mother of Jerome Beatty. Her wisdom in library matters is recognized among librarians, and she has always stood high in the councils of the State Library Association and has served as its secreatry for several years, and as its president.

In 1917, after 15 years of serving the library, Nellie retired from the library to prepare for her wedding to Sydney Palmer early in 1918. The newly-married couple moved to Hutchinson, KS and then to Sierra Madre, CA.

She died on July 23, 1939 and was buried in Oak Hill Cementery in Lawrence, where the rest of her family rested.