But, in the inevitable fate of this library too popular for its own good... 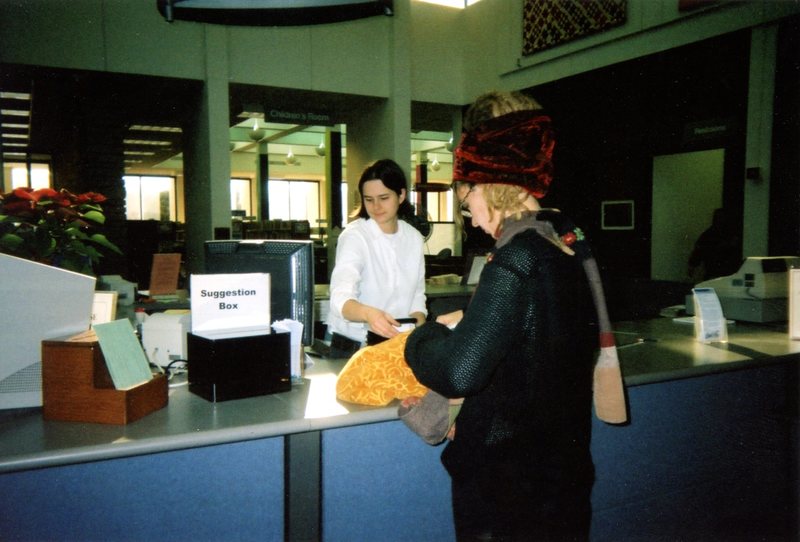 The library was running out of space by 2006

The population of Lawrence had doubled since the library was built in 1972, and even with the 1991 basement addition, the building was no longer adequate to serve them.  The auditorium was far too small to accomodate any significant number of people; meeting spaces were basically nonexistent; the children's section was hopelessly cramped; there were not nearly enough computers to meet demand.  And to add insult to injury, parking was nearly impossible to find.

The Library Foundation, founded in 1996 for just this very purpose, started thinking of big picture ideas for the future of the library.  And what they found was discouraging.  A new question came up in the repeated story of the library needing an expansion:

Alice Ann Johnston, board member of the Foundation from its founding, recalls in an oral history interview:

The general impression was that libraries were old hat. Nobody was going to them; everybody had their own computer; children could read on their computer books; they could get Kindles or whatever. So that libraries weren’t important. Books were going away; we were going to have everything on electronics; no need for this. Besides that, the feeling in the community was, ‘we have KU libraries, and if need to go to a physical building, we can go there.’ Obviously that was very disappointing to us.

Ideas were floated about of a new building, a private-public project that would combine a library with retail space or residences, but, Alice Ann explains, "The library just got lost in those.  There were four proposals and not one of them was adequate."

All these plans missed the point of the library, that it was emphatically the opposite of a retail space; it was a central gathering place where everyone could come in and belong regardless of wealth or position.  Once people lost sight of the historical role of the library had been playing in the community, they questioned why the library was even necessary to Lawrence.

The unhappy fate of the library appeared to be sealed. 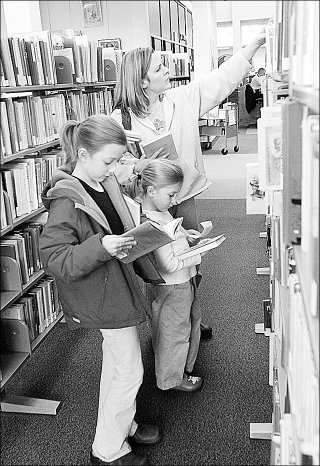 But the fact remained that the library was important

I think that the specter of the library going away kind of faded. The notion that electronics were going to take over didn’t quite seem to fall to fruition the way we thought—the way others thought it might. Books were still important, are still read in book form.

In 2010, the city commission instructed the library to start plans for a library addition. Estimated costs for the addition and a new parking garage to replace the old surface parking came out at $18 million. 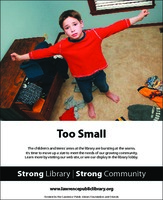 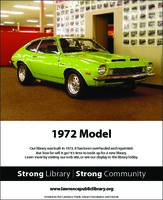 And now it was up to the library to get the word out.  Campaigning began in force, with ads spread throughout the city, articles, events, annoouncements.  Ann Alice recalls,

If there were two people visiting on a street corner, we were there talking to them about the new library.

In the social and political climate of the early teens, it was very uncertain, more than it had ever been in the past, whether Lawrence citizens would choose to invest in the library.  Some even actively campaigned against the library renovation.  It was—more than ever before—a tense issue. 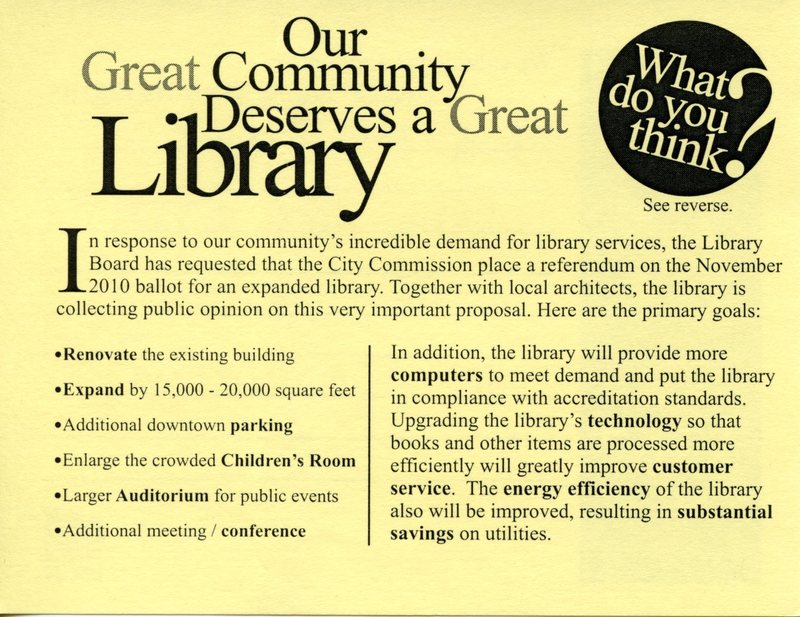 They knew the community; they knew Lawrencians held a very special place for reading in their hearts

This was not the kind of city to desert its public library.

So on November 3, 2010, Lawrence voted YES on the library renovation

Alice Ann recalls of the wait for the election results,

There were those who said, still, ‘the library is not going to be successful because there is no need for it,’ but it passed in November with a vote of 55%, and we were elated.