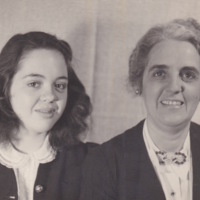 From popular attractions to family photographs, in the early 1900s, postcards were the fastest written means of communication that Americans had. While the cost sometimes rose, the postcard only cost a penny to send for the first 50 years of its manufacturing.

In the United States, postcard production began in the early 1870s, but the popularity did not pick up until around the turn of the century. In 1898, the Private Mailing Card Act allowed private companies to manufacture and sell postcards instead of just the United States Postal Service. These first postcards had a few legal restrictions, most notably that the backs could only be used for addresses and notes could not be written on any images.

Even with these restrictions, the postcard's convenience boosted its popularity. In 1907, the “Golden Age” of postcards began with the legalization of the divided back. A line on the back now divided the left and right side, allowing space for a message and an address. This Golden Age came to an end largely due to World War One. The majority of postcards were made in Germany and the strain of war hindered manufacturing. American companies produced poorer quality images that were shrunk down to save on ink, and many former postcard users were turned away by this.

The demand for postcards continued to dwindle after WWI, but remained a popular item to collect. In the 1930s and 1940s there were significant advances in the production of the postcard, most notably the manufacturing of photochrom postcards around 1945. The ink quality used in the photochrom process gives the printed image a photographic look and is still used today. Even with major advancements, postcards stood no chance against instant messaging of emails. Today, most postcards are purchased as souvenirs rather than a quick and cheap way to communicate.

Examples of the different eras of postcards can be seen within the Fitzpatrick-Postma Collection. With an estimated 2,000 postcards in the collection, the evolution of the postcard is well represented. Focusing specifically on Lawrence, the images and notes on the postcards allows the viewer to look into the city’s past and see how it has advanced yet kept its charm that so many have fallen in love with.

The Story of the Lawrence Public Library 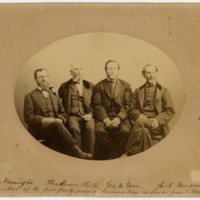 So come with us all the way back to 1854, when the first library and literary association was founded in Lawrence.  Follow us to 1865, when a circulating library captured the city by storm.  Be there in 1904, when the beautiful Carnegie building became the city's new book hoard, and again in 1972, when a whole new building sprang up. Meet the people who have made the library special: a Quantrill's raid widow, a legendary poet, a constant librarian, a ghost.

It's been a long long history.  So let's get started.