As any researcher of early Lawrence history knows, it all eventually comes back to Quantrill's Raid.  It is the single catastrophic nexus on which all origin stories converge, and this story is no exception.

The tragedy and trauma of the raid, also known as the Lawrence Massacre, is difficult to convey in the limited time we have together, but it is embedded in the history of the of the Lawrence Public Library through three of its earliest librarians, who, coincidentally or not, all survived the same nightmarish incident during Quantrill's Raid. 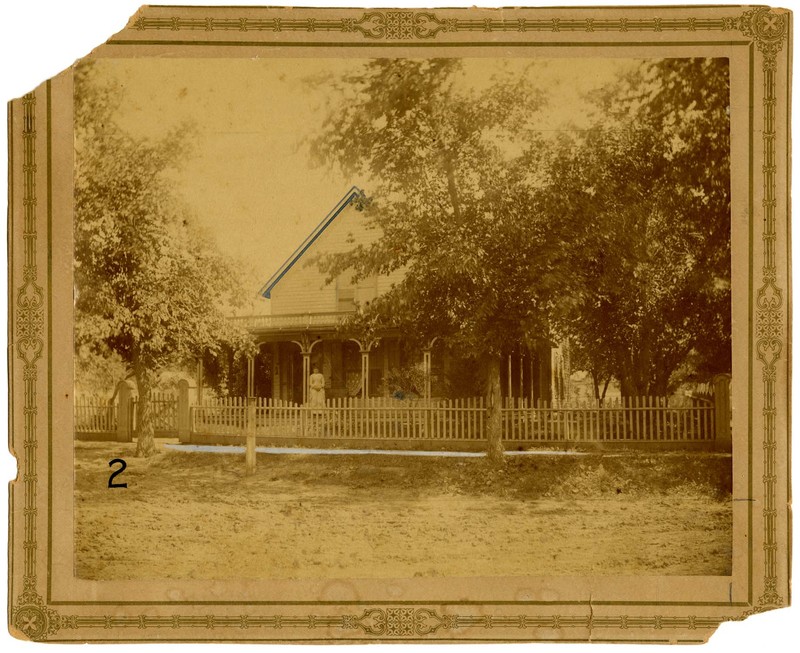 It took place here, in the Griswold house...

on the corner of Indiana and Winthrop (now 8th) Streets. This was the home of Dr. Jerome F. Griswold, and staying wth him and his young family were Harlow W. Baker, Josiah C. Trask, Hon. S.M. Thorpe, and their families.

The morning of August 21, 1863, when William Clarke Quantrill and his band of ruffians snuck accross the border from Missouri to attack the town of Lawrence, all the unsuspecting citizens were caught in bed.  And so when Quantrill's men came upon the Griswold house, they found Josiah Trask on the roof, trying to see what was happening.  Accounts say that they promised Trask and the other men of the house that if they laid down arms and came out of the house, they and their families wouldn't be harmed.

Trask is reported to have said, "If it is going to help the town, we had better go with them."1 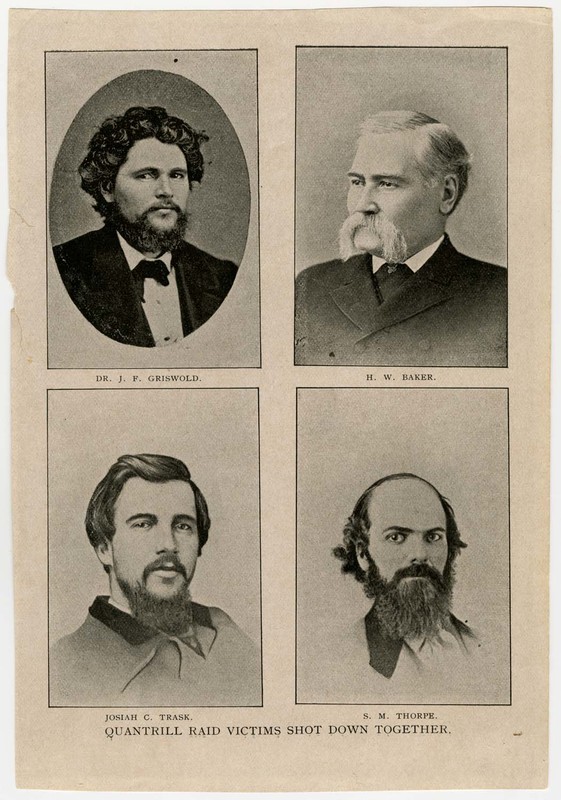 Alas, it was boldfaced lie.  As they walked away from the house, all four men were shot repeatedly in full view of wives and children looking in horror from inside.  When the women rushed out to help their husbands, Quantrill's bandits threatened them and ordered them back.

Then they proceeded to sack the house and rob the women with extreme thoroughness.  Reportedly, Rhoda Trask, wife of Josiah Trask, begged to keep her wedding ring, saying "You have killed my husband; let me keep my ring."2  However, her impassioned plea failed to move the band of villains who had just killed four men in cold blood in front of women and children.  They took the ring, along with everything else.

Of the men shot, J.F. Griswold and Josiah Trask died immediately; S.M. Thorpe died the next day.  Only H.W. Baker would go on to recover (and live into his 90s).

And what of the women?

Though robbed, widowed, and traumatized, the women at the Griswold house survived.  And, as previously mentioned, three of them would go on to become Lawrence librarians: Helen Griswold, Rhoda Trask, and Nelllie Griswold Beatty. 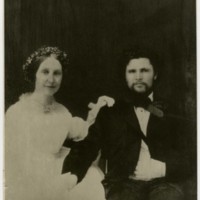 Born Helen Mary Hewitt in New York in September 18, 1836, her parents were Quakers and staunch abolitionists.

At the age of 17, she became very interested in the plight of Bleeding Kansas. She moved to Lawrence in July of 1857; there she met and became engaged to Jerome Francis Griswold, a Lawrence doctor.  They married on May 9, 1859 and settled comfortably in Lawrence.  In time, they had two children, Nellie and Francis.

Early in 1863, the family traveled to Minnesota to visit her family and then to Indiana to visit his.  They returned, with tragic timing, on August 20—one day before Quantrill's Raid.

The horrifying murder of her husband on that awful August morning did not crush Helen, as it may have others; the grief did not embitter her. Her obituary says,

She was always charitable in her judgements in things great and small, seeing the best in people and knowing that human nature is frail and prone to error often without intent. Mrs. Banks always felt a keen interest in the life of the town, in the church, in the literary club, in the struggle for social betterment, and in all the various interests that appeal especially to women.

In 1867, Helen replaced J.S. Boughton as librarian for the Lawrence Library Association:

In time, Lawrence arose from the ashes and with it a public library to which the widowed mother was elected librarian. She remained its custodian until her marriage with Mr. Geo. A. Banks, September 5, 1870.

After marrying Judge George A. Banks, Helen moved with her children to his home, and he welcomed them all into his life and family.  By all accounts they lived happily together until his death in 1905.

Helen was succeeded at the library by a woman who suffered beside her the horrors of that day at Griswold house:

She was born Rhoda J. Hibbard in New York. In 1862, she married Josiah C. Trask—the editor of the Lawrence Journal. By all indications, Rhoda was very much in love with her handsome husband, and they lived happily for a few precious months. Then tragedy struck, a tragedy that gets more heartbreaking every time we return to it. 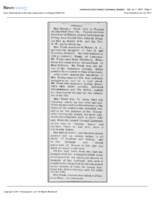 An obituary published in the Lawrence Daily Journal reported,

After a few months the happiness of Mrs. Trask's married life was suddenly brought to an end by a rude shock. Mr. Trask was murdered during Quantrill's Raid under peculiar atrocious circumstances; and his widow carried her deep sorrow through all the remainder of her life.

Unlike fellow Quantrill's Raid widow Helen Griswold, Rhoda Trask never remarried or had children. She succeeded Helen as librarian in 1870 and continued to serve until 1885, through the library's transfer to the city and its move to new quarters.  An announcement of her retirement said,

Mrs. Rhoda Trask, whose husband, one of the early newspaper men of Kansas, was murdered in the Quantrell (sic) raid, must have served the readers of Lawrence for at least fifteen years. It is very largely to her intelligent and persevering effort the city of Lawrence owes the fact that it has the largest and finest circulating library in Kansas.

And so Lawrence's bloody early history carried on in its library through the people who built it into the vibrant institution it became. Fifteen years later, yet another survivor of the massacre at the Griswold house, Nellie Griswold Beatty, would go on to establish the library as a tentpole of the city.

1Quantrill and the Border Wars by William E. Connelley, 1919

2A History of Lawrence Kansas by Richard Cordley, 1895