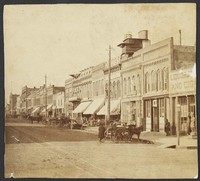 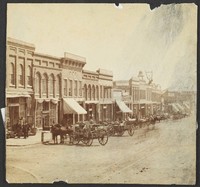 The Lawrence Library Association met for the first time on March 8, 1866, in the reading room of the circulating library. At the meeting, articles of association were presented and adopted, and temporary officers were elected. J.S Boughton continued to be involved with the library as librarian and secretary of the association until a suitable replacement could be found.

On April 27, the library association purchased Boughton’s collection and furnishings for $600.  Soon after, Helen M. Griswold would be appointed to replace Boughton as librarian. 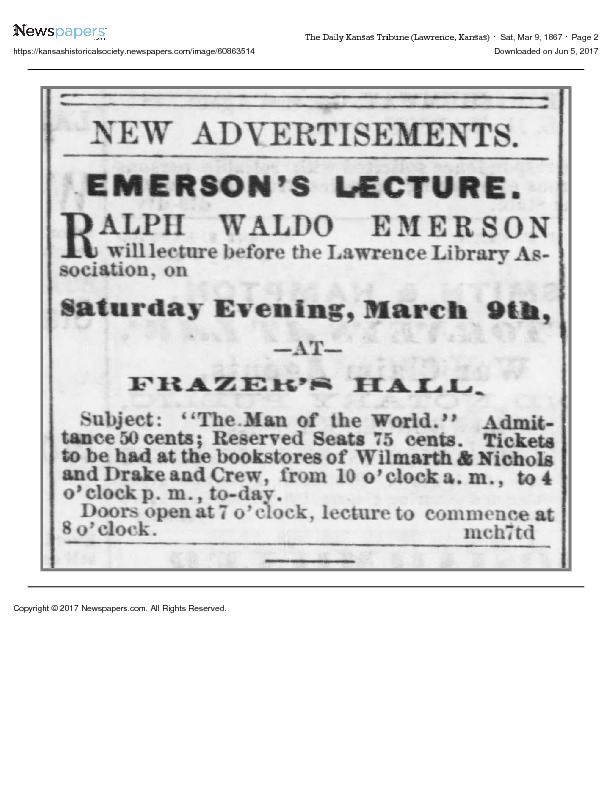 not only by selling annual subscriptions at $10 per person, but also by hosting lectures by notable figures of the day, including luminaries such as Ralph Waldo Emerson, who lectured March 9, 1867, in Frazer's Hall on the topic "The Man and the World."

The lectures were advertised in local newspapers and widely attended. Though their purpose was to raise money for purchasing new books, they signaled something else about the essential nature of the library in Lawrence. From the start, it was not merely a roomful of books, but rather a driving force in the community that gathered Lawrencians together for education and entertainment. It brought culture and learning to the small town as no other institution could. 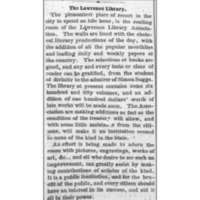 That said, the library's roomful of books was nothing to sniff at.

Descriptions of the reading room show it to be full of curiosities and specimens on display. In addition to its many books, the library owned a chess set patrons could rent out for 25 cents per session.

The library continued to be immensely popular, and with the proceeds from subscriptions and lectures and the generosity of donors, the reading room quickly filled up with new books and objects. The 1870 annual report published in the Daily Kansas Tribune reported,

The Reading Room, which was thought too large three years since, has become so filled with books, curiosities and pictures that it is now entirely too small for the use of the association, and a larger apartment has become a necessity to its growth and usefulness.  One better situated and more accessible should be procured immediately.

This was not the first time the library had run out of a space people thought it would never fill—see Boughton's 1866 move to the George Leis Drugstore building—and it would by no means be the last.  Prepare yourself for repeated deja vu.

However, rather than procure a larger room,

The association decided to turn the control of the library to the city,

which could better serve the growing population of library patrons.  In 1871, the city accepted the association's proposal and created the Lawrence City Library.