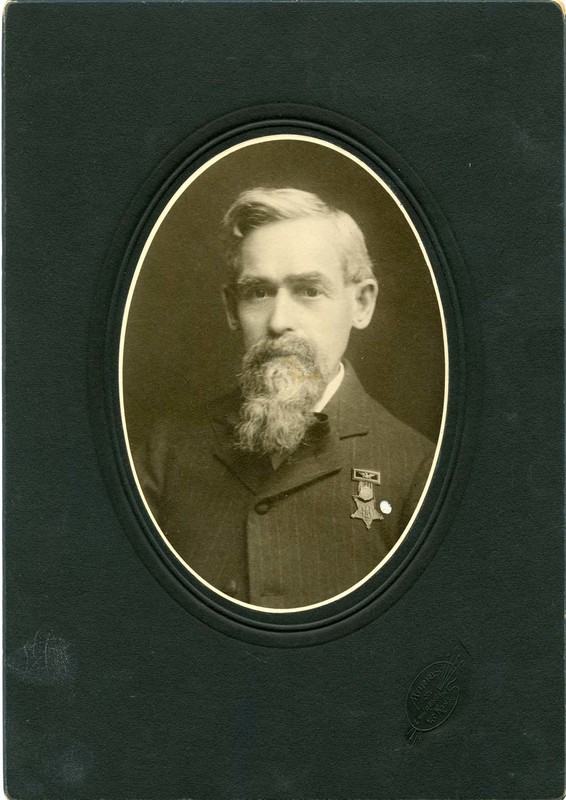 In the scheme of history, J.S. Boughton did a fairly small thing.  He bought a book collection of only about 60 volumes; he rented out a room above a store.  These are hardly momentuous acts.  Yet they were the beginning of something extraordinary, something that would become a major Lawrence institution.  And though others turned the Lawrence Public Library into what it would eventually become, it was J.S. Boughton who started it all.

So who was he?

He was born Joseph Sydney Boughton in Oswego, New York, on March 2, 1839. At the age of 17, he began teaching. And he would spend the rest of his life dedicated to the pursuit of knowledge and education—a fitting person indeed to found the Lawrence Public Library.

In 1860, Boughton got a teaching position in Berrien County, Michigan, and it was here that the Civil War caught up with him.  A year later, at the age of 22, he enlisted in the Union Army and fought one major engagment—the Battle of Baton Rouge—before being discharged from active duty due to poor health.  For the rest of the war he served as a clerk in Sherman's army until he was discharged in 1864.

Then he moved to Lawrence...

where his sister, Mary Brooks, lived.

Less than a year after Boughton arrived to Lawrence, he purchased a book collection for $150 and opened the circulating library that would later become the Lawrence Public Library.

After he passed the running of the library on to the Lawrence Library Association, he became the traveling agent and correspondent for the Daily Kansas Tribune.  In 1878, he was still included on a list of Kansas journalists. 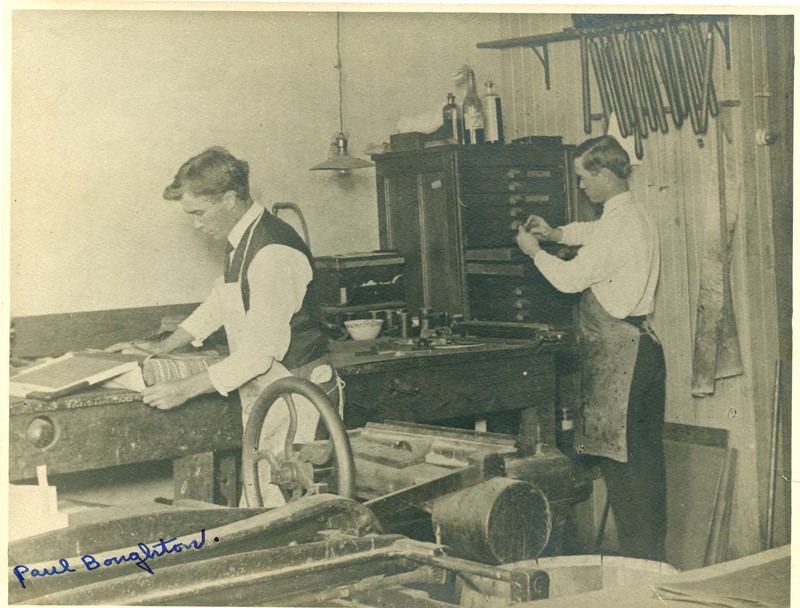 Around this time he married Elisabeth Gill of Lawrence...

and probably due to his marriage, Boughton moved to a house on Ohio Street and opened a lucrative stationary and school supply store on Massachusetts Street.

Settled down with a nice girl and a successful business, Joseph's family grew. He and Elisabeth had four children: Paul, Arthur, Sydney—who would take over the stationary shop in 1905, and Gertrude—one of the first women to attend and graduate from the University of Kansas.

J.S. Boughton was, by all accounts, a central member of the Lawrence community.  He was a member of the Methodist church, the Grand Army of the Republic—a veteran's association—and various other Lawrence institutions.

on October 24, 1906, at the age of 67.  He suffered a fatal stroke in his store after returning from lunch at his home.  A Lawrence Daily World article reported,

He entered the store, apparently very well.  [The clerk] put on her wraps to leave and, when she reached the door, turned to look back.  She saw him throw up his hands and fall.  She ran back, but he was dead when she reached him.

So, without warning, ended the life of a great Lawrence citizen and the founder of the Lawrence Public Library. He was buried on October 27 at the Oak Hill Cemetery, but his memory would live on in the work he set in motion.