Library of the Great Depression

A new librarian arrived on the scene

in 1919.  Lillian J. Constant replaced Virginia Edwards and would continue to head the Lawrence Public Library for 27 years until her retirement in 1947.

Under her leadership, the library continued to grow and expand throught the 1920s, in materials and services if not actual space. 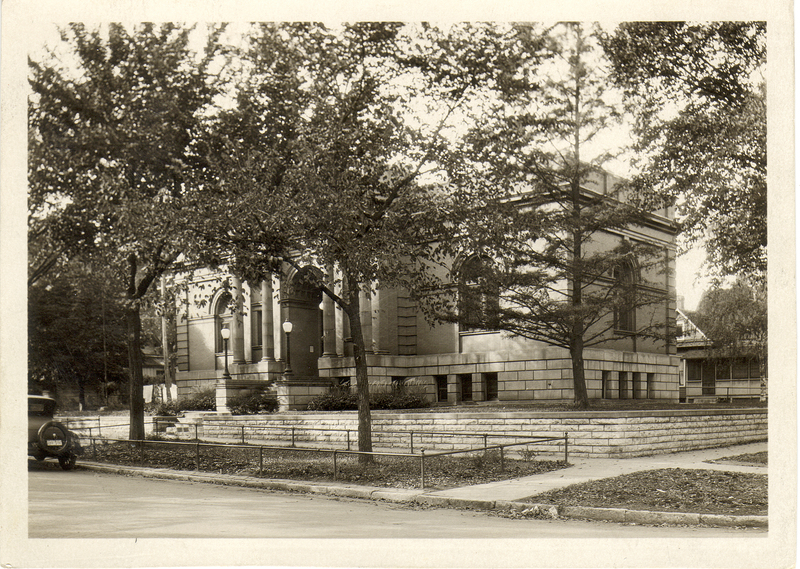 The library continued to be a popular and beloved fixture of Lawrence life. In her 1927 Annual Report, Lillian Constant wrote with a wry sort of pride.

The model library has been quoted as issuing 5 books per capita; our library the past year issued 7...Neither the radio, the motor car, nor the movie has been a serious competitor as these figures show.

By 1930, many businesses and individuals were feeling the woes of the Great Depression, and they turned to the library for help.  In her 1930 Annual Report, Lillian Constant wrote,

Hard times for the business concerns means busy times for us. All fall and winter our reading rooms have been filled with men who are spending their time with our newspapers and magazines

The library did its best to help with what the people of Lawrence needed. In 1931, Lillian Constant wrote,

We have been able to do our bit during these hard times. We have given a warm reading room in the winter, a cool one in the summer. We have furnished newspapers, magazines, and books. We have assisted not only students and clubworkers but many of the unemployed have been given help with a little systematic reading.

The library was a haven,

A place for people to turn to when had nothing else. At the very least, it was a place that welcomed everyone to escape for a while from the harsh conditions outside.

Lawrencians, depressed in more ways than one, embraced the chance for escape in reading the library offered.  Annual reports of the 1930s note a dramatic increase in library circulation every year.

In 1933, Lillian Constant reported on the genres of books that saw the most circulation.  She wrote in a playful turn of mind,

There was a greater interest in the Fine Arts, and surprising that would be if books of recreation were not there...So do not think that the great army of the unemployed are going highbrow. Not so, they are looking for amusement, seeking books for parties, bridge, chess, checkers, etc.

At a time when many were buried in troubles and anxiety, the library provided much-needed entertainment that everyone could access, regardless of financial straits.

But the library also provided more practical help than a welcome distraction from pressing troubles. Unemployed men and women eagerly visited the library to peruse the newspaper classifieds. Even better, when the New Deal programs took effect, the library became part of the Douglas County Relief program. Workers were sent to the library to repair and refurbish damaged books—no doubt in the hopes the action would prove symbolic and fixing broken books would somehow fix a broken country.