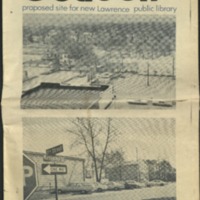 It was the former site of the J. Shaw Lumber Mill and several homes, which would have to be torn down. Placing a popular public institution at this location was a delibarate move to bring foot traffic to the area around Massachusetts Street and revitalize downtown Lawrence.

It was another instance of history giving way to development and modernization.

The firm Penzler Architects was chosen to design the new building and they did so in the New Formalist style so popular in the 1970s. A model for the new building (pictured below) shows a large one-story rectangular building with a flat roof.  The east cornice had a long, recessed porch, supported by rectangualr slabs of stucco.  The inner walls were irregular limestone, a popular Kansas building material.

accoring to Wayne Mayo, "to literally a flood of customers."  In retrospect, the design of the new building may seem baffling—it was very much a product of the 1970s and an unfortunate victim of the decade's obsession with the color orange—but in 1972, the Lawrence Public Library was housed in the height of modernity and style. 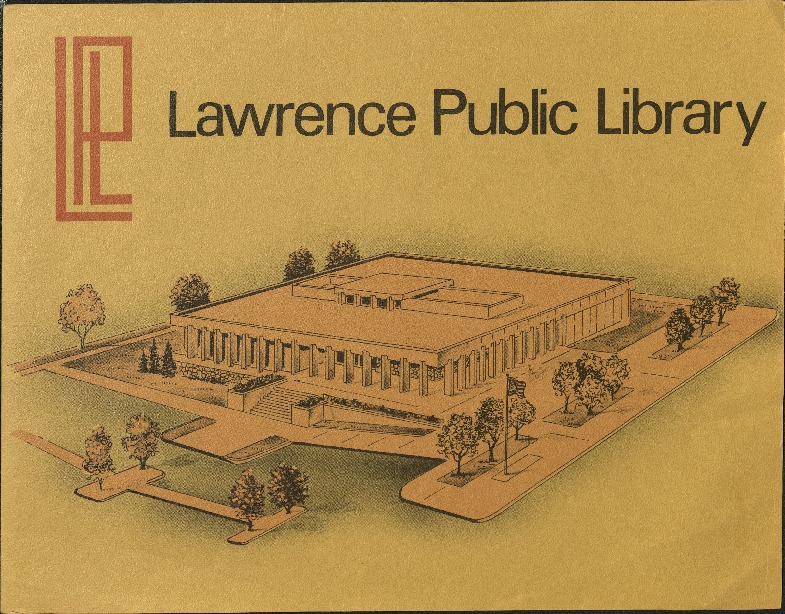 Patrons delighted in new conveniences, open spaces, and abundant natural light of the large modern building, which now featured a meeting and exhibition area, an auditorium for programs and meetings, a typing and study room, an art gallery/ record listening area, and many other surprising nooks.

In his 1972 annual report, Wayne Mayo wrote of opening the new building,

For [the] first week, our volume was up about 100% over a normal period in the old building.  Library use has remained at a high level ever since.

Lawrence's belief in the library had been well-placed

Learning from the ever-repeating past, library designers left space for a basement expansion in the future, when the library would inevitably run out of space again.  In many other design choices, the library anticipated the changing needs of a modern library.  A program for the opening ceremony of the new building (pictured above) stated,

Flexibility is designed into the structure to provide for whatever changes in library systems future technology might bring.  Interior spaces are large and open—inviting, rather than hampering, new concepts in library services. 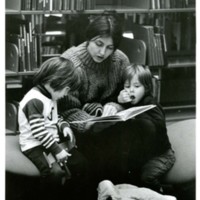 With its new facilites, the Lawrence Public Library reasserted its place as a gathering space for the city of Lawrence.  Formerly cramped quarters and scarce seating opened up to spacious and inviting reading spaces.  The library's opening program declared triumphantly:

Reading areas can seat up to 250 persons in attractively furnished surroundings.  The open stacks and large windows intentionally beckon browsers indoors.  In addition to being a storehouse of information, our new library is an enjoyable place to visit...a friendly center for the community.