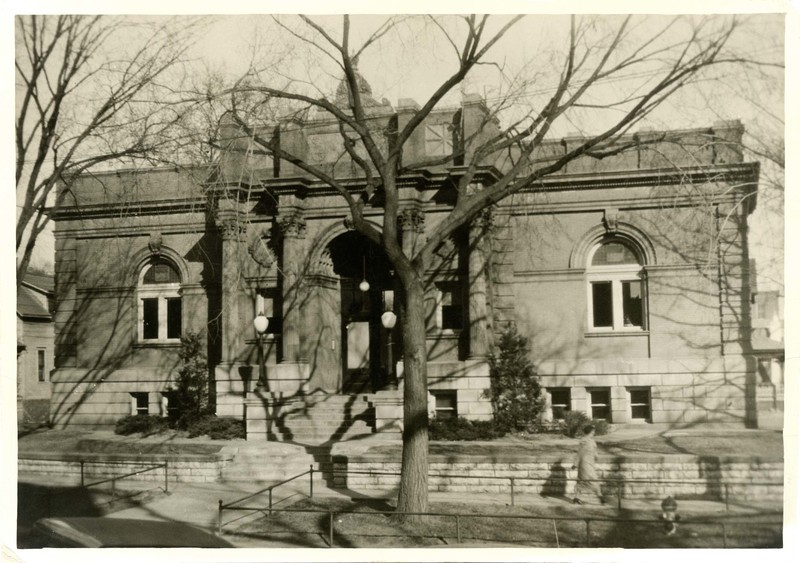 In the Carnegie building, the library fulfilled its destiny as a major Lawrence institution.  But its place at the center of city life was not always an easy one.

When outbreaks of contagious diseases swept through the city, the library was particularly vulnerable.  As a place where hundreds of people gathered a day and thousands of volumes constantly handled by the public resided...

The library could be the perfect place to spread infection 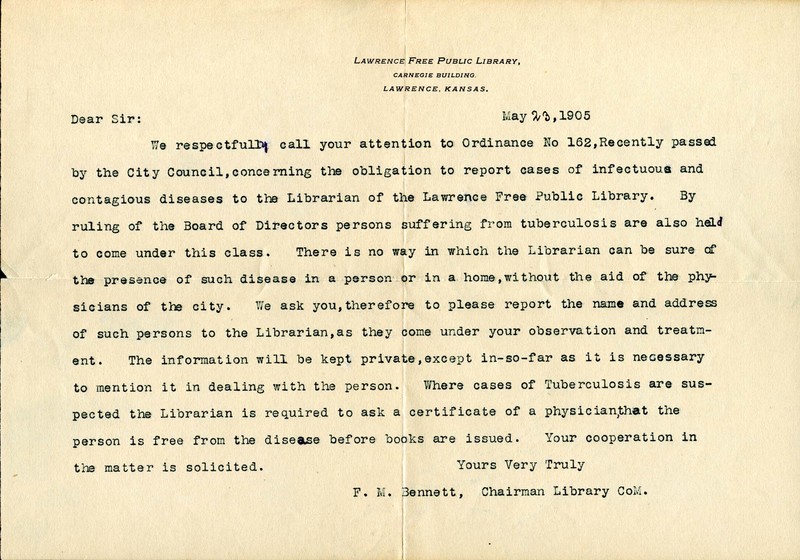 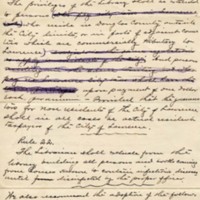 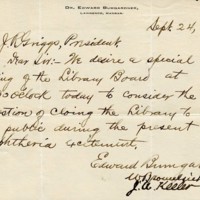 The Board of Directors had to take measures to protect library patrons from infection, starting at the source.  A city ordinance was passed that required all doctors to report to the librarian confidentially any persons infected with a contagious illness.  A rule was added to the library By-Laws that would allow the librarian to "exclude from the building all persons and books from homes known to contain infectious deseases until disinfected by the proper officer." In extreme instances the library was closed entirely, until the outbreak should abate, as was the case in Sept. 1906.

These grim instances are nevertheless indications of how closely the library was intertwined with the community, how many people passed through its doors and partook of its books every day, how often city dwellers came in contact with each other through the library.

Lawrencians continued to enthusiastically patronize their library, and annual reports consistently show a rise each year in library circulation. 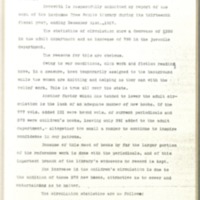 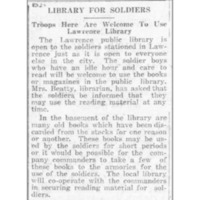 Both World Wars saw a decline in library attendance. In her 1917 annual report, the last one she would write before she retired, Nellie G. Beatty wrote,

Owing to war conditions, club work and fiction reading have, in a measure, been temporarily assigned to the background while the women are knitting and helping as they can with the relief work. 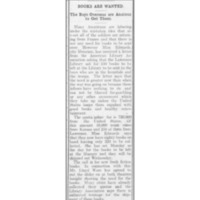 Nevertheless the library—to belabor a phrase—soldiered on and worked hard to do its part for the war effort and for the people of Lawrence.

Throughout the war, many came to the library to search its many magazines and newspapers for news of Europe. The library also organized efforts for hundreds of donated books to be sent overseas for recovering soldiers and provided a place for soldiers stationed in Lawrence to spend leisure time.

And so, the library's place in the community grew, as did its collection.

and the library requested a $15,000 grant from Andrew Carnegie to build an expansion to the Carnegie building. This grant was refused for unknown reasons. In response, Nellie G. Beatty wrote in her 1917 Annual Report,

In spite of the fact that books wear out, we add many more than we withdraw and the increasing congestion seriously interferes with the efficiency of the legitimate work of the library. May I suggest that the Board begin at once plans for securing funds from some other quarter for the needed library extension.

And yet, though the library continued to grow, it had to wait almost 20 years for an expansion.